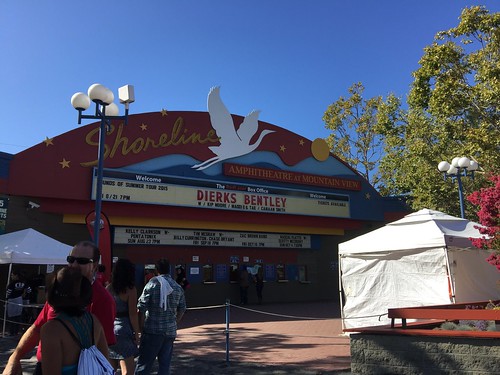 What, a second country music concert in one year?! (Not including the Tyler Rich shows I’ve attended since April, those deserve their own posts.) We got tickets to this Dierks Bentley headliner a week before the concert for a decent price. I took off early from work on Friday afternoon then off we went to Mountain View.

We got there in plenty of time and ended up in line waiting to get in. It really didn’t matter since we actually had seats but I didn’t mind standing in the line and checking out the other concert goers. I was wearing my Tyler Rich cap (as one does) and the lady behind me actually commented on it. It turned out that her friend is the mother of the #girlwiththepurpleguitar (check her out on Instagram!) so they know Tyler. I thought, small world to run into someone who knows who Tyler Rich is but pretty cool too. I wonder if I was the only one wearing a Tyler Rich cap in the whole place. Probably? 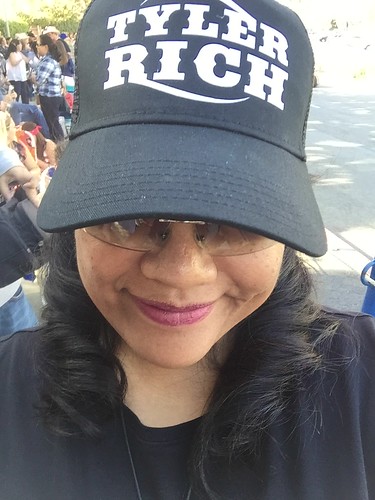 The concert was pretty amazing! I enjoyed all the acts, of course. Canaan Smith was first up and he was great. I only knew maybe two of his songs? But it didn’t matter, I loved his set. Maddie and Tae were next and they were pretty awesome. Love their song “Girl in a Country Song” and they rocked it. Their set was as short as Canaan’s but they made good use of it.

Kip Moore. WOW! His CD, WILD ONES, came out that day and they were selling it at the venue. During his set (which was longer than the other opening acts), he said that he would autograph every single one of the CDs purchased that night after Dierks was finished. I hadn’t thought about getting the CD but with that incentive, it was an easy decision later. Kip was GREAT on stage. So much energy and such a crowd pleaser. He’s country with a healthy dose of rock and it works so well for him. I loved him on stage.

Dierks Bentley. I didn’t really know what to expect. We have seen him over the years, from opening for George Strait to now filling amphitheatres. The ones who’ve seen this tour have all raved about it but I wondered if they just had more enthusiasm than me. I shouldn’t have questioned it because I was on my feet for all of Dierks’ set, even dancing and not caring at all. He was truly amazing and at one point, he talked about how grateful he was and how he remembered playing at the Saddle Rack then Slim’s and now he was there with an amphitheatre full of fans. I could feel his gratitude from my seat and it felt so genuine and I think I almost cried. He sounded great and his energy was off the hook. I loved it! 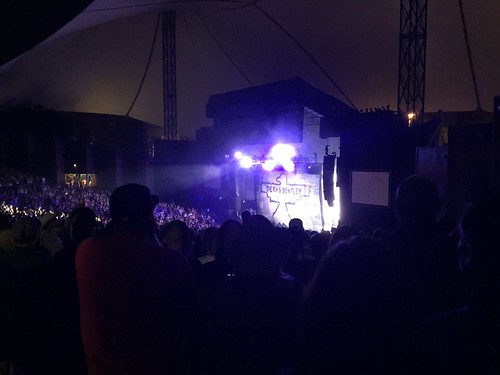 When the show was over, we hung out at our seats for awhile then we went out to buy the CD. The line for Kip didn’t seem too long but it grew as much as it moved along. My turn came faster than I thought it would and suddenly I was standing right in front of him and he signed my CD insert. He looked me in the eye and asked if I had a good time and of course I said yes. Then it was over!

I loved the concert, I had a great time, and I’ve been sore and tired from all the standing all weekend. So it was totally worthwhile! <3