see the morning in your eyes 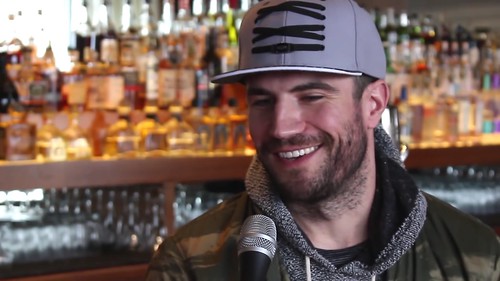 Sometimes I miss writing everyday here but I think the random posts are a bit juicier when I give myself time to think about what I want to write as opposed to it being a daily chore. I do still work on my stories everyday and should I encounter writer’s block, I think I’ll turn to this blog to keep myself writing daily, whatever it may be.

I have my next Listworthy poised to post. I just haven’t figured out which picture to use as the first one. I usually like to use photos that are from photoshoots as opposed to screenshots. But I have taken some nice screenshots, so maybe I’ll just use one of those as the opening photo. We shall see. 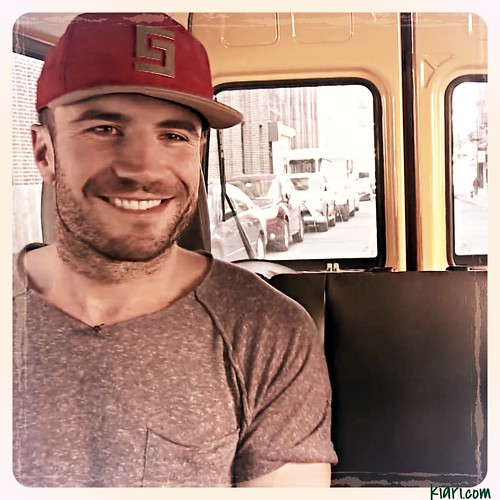 A new position opened and I’ve applied for it. Part of me is nervous and is just really hoping for an interview. And another part of me says, “Doy, you’re going to at least get an interview!” There is comfort in applying for a job while still having a job. Know what I mean? Takes the edge off the desperation. 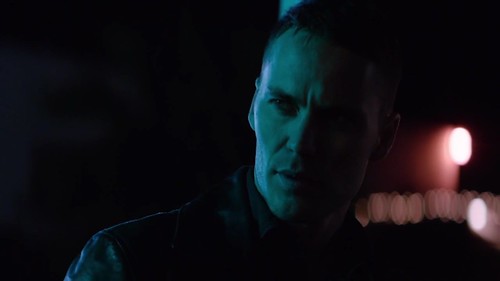 A teaser came out for the second season of True Detective and there were a few nice peeks at Taylor Kitsch. He looks good!

Lost River – Ryan Gosling’s directorial debut was released digitally this week and OF COURSE I had to get it. It’s Ryan, for goodness’ sake! What can I say about this movie? Well, it was dark and dreary, more of a mood piece. It wasn’t a bad film. I’ve seen worse which probably not a good endorsement. The music and the visuals were amazing. The actors were good. And yeah, let’s go with that.

Daredevil – I started in the middle of the series because the hubby started watching without me. Ooops! I’ve since watched the first episode and plan on watching the rest so as to catch up to the hubby. Or maybe I’ll just end up watching out of order. LOL Regardless, it’s GOOD! I’m not that familiar with the comic book version and sadly only know a little about the character because of that movie several years back. This version of it is much more well done on all levels. I am actually surprised by how much I like Charlie Cox as Matt Murdock. He has a nice voice.

I’ll always think of him as the Stardust guy. LOL The show is very well done and because it’s on Netflix, it’s allowed to be a bit more bloody and cussy than it would be on network television. This is definitely the future of television.

True Detective – I’m slow watching this show but I need to pick it up because I want to be caught up by the time the next series starts. They probably have nothing to do with one another but at least I can get a feel for it, eh? So far, so good. Suspenseful and mysterious. 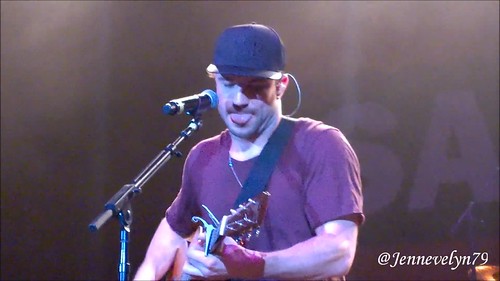 I’m still far too into Sam Hunt. Sometimes I step out of myself and think, “What the hell is going on here?” I listen to him EVERY DAY. I can’t bring myself to play a different playlist at work. It’s all SAM HUNT. Case in point: I had a couple of ladies waiting the lobby to be interviewed. My music was playing and of course it’s Sam. One of the ladies had arrived early so she sat there listening to my music for awhile. When she came out of the conference room, she commented on my wallpaper, which was, of course, Sam Hunt. I said something about how I can’t stop listening to him. She laughed a little and said that she noticed. What’s funny to me is that the pic on my computer was a side view of him, not wholly discernible unless you already know what he looks like. So she must have been a Sam Hunt fan as well.

I keep watching YouTube videos of fan recordings from his concerts. If the video is especially awesome, I do screencaps on my phone. This is how I know I’m way too into him! WTH! 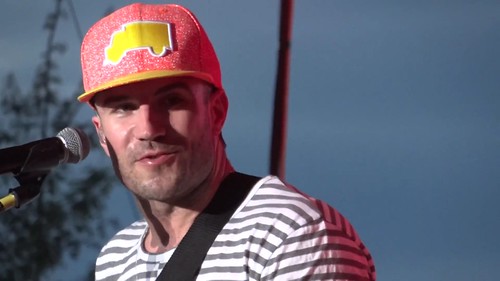 What’s super awesome are the Sam Hunt fans. I think I’ve fallen into a nice group of like minded ladies and even though I think I’m the oldest in the group, it’s been fun talking Sam stuff in this Sam Hunt FB group. It’s pretty cool that someone who actually knows him is part of the group. I think it keeps us aware not get too carried away with our “admiration” of Sam. 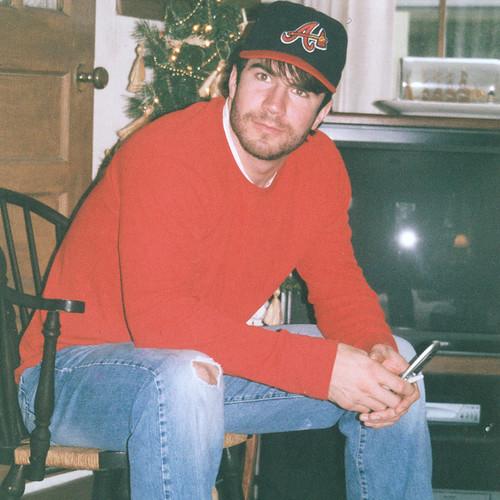 Sam is up for the ACM New Artist of the Year and his website is posting daily pics of Sam in his younger days. The baby shots are SO CUTE! So, click on the picture below and it’ll take you to hunt4acm.com and you can click the link to vote for Sam for New Artist of the Year. (Or go straight to voteacm.com and look for his category.) I hope he wins. I think he will but I’m not sure how popular the other two nominees are. I can’t even name their songs, so they haven’t gotten to me yet. 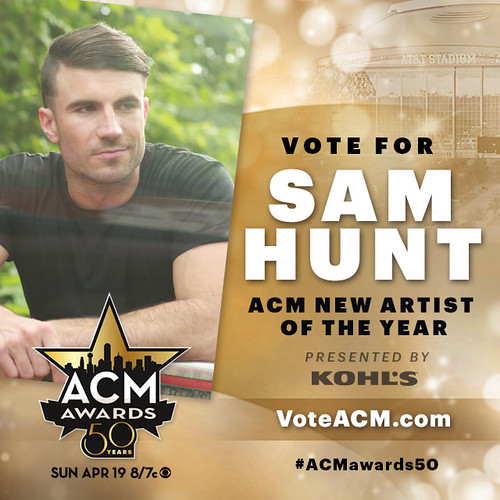 And with that, I’m off to do my nails.