dare you to resist

dare you to resist
just a smile, just a whisper
this promise to you 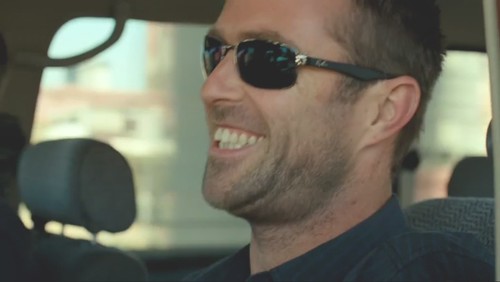 I think I have started four or five stories and all the characters seem to just want sexy time. WTH. I start with one scene to try and figure out the characters but they’re all heading towards the same place. It’s a bit maddening!

Back to work today. It actually went by fine. Nothing terribly exciting, which is just the way to start the new year. Oh, and we had a breakfast spread! One of the ladies brought some yummy stuff and I was quite satisfied by the end of it. YUM!

Starred Up – We watched this moving the other night. BRUTAL but riveting. It stars Jack O’Connell and I have to say, he is an IMPRESSIVE young actor. He did a great job in this role and I’d definitely recommend it. We watched with the subtitles on and I actually needed it! It’s in English but the accents and slang words would have been hard to understand if not for the subtitles. O’Connell is an up and coming actor, definitely one to keep on the radar. I see him every week whenever I watch 300 Rise of an Empire but he’s almost unrecognizable as the same person in Starred Up. And then there’s Unbroken, which I haven’t seen yet. In the ads, he looks even more different! Anyhoo, broaden your horizons, watch Starred Up.