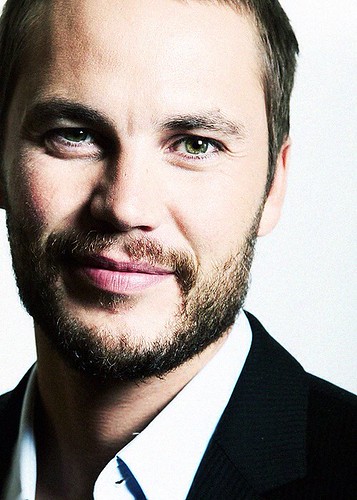 Let me just start by saying I was most unwilling to adore Taylor Kitsch. As boy crazy as I am, it does get a little overwhelming when too many fellas are vying for my fangirl heart. (I sometimes like to picture them doing me favors to get a place in one of my stories and such.) I do appreciate the talented and handsome actors. Who doesn’t? But it takes a lot for one to be listworthy to me. And time is usually a factor.

I sat on this essay for a few months, maybe thinking this whole Taylor Kitsch thing would blow over but he has definitely seeped into my fangirl soul. I even had a little dalliance with an Irishman but now I’m firmly back with this Canadian. But how did I get here with him? Why now? These are the questions that spin and whirl in my head and I still have no answers. 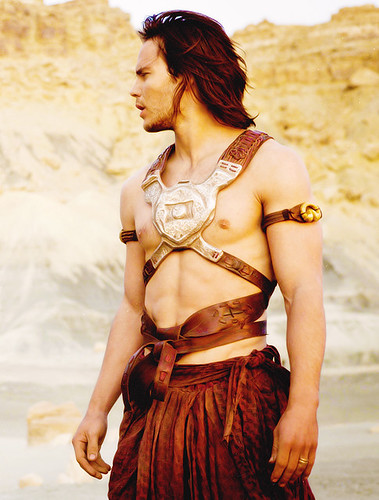 My friend, I’ll call her OT (she knows who she is), ADORES Kitsch almost beyond all others. She’s liked him for YEARS and always shares some of his goodness whenever possible. Among our circle of friends, I have been known to lead a couple of them to certain fellas. I believe in sharing the love but I had yet to be the one led. Until now. Somehow, someway, OT’s persistence finally cracked me. 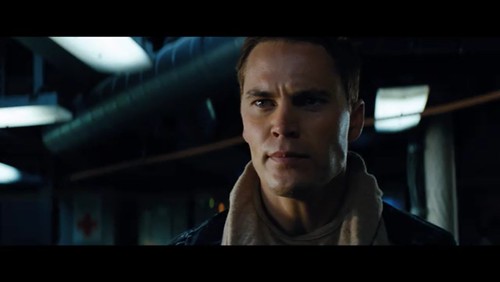 It’s not as if I didn’t know the name Taylor Kitsch. I’d actually enjoyed his big blockbuster busts, John Carter and Battleship. Perhaps I even laughed a little about how his movies seemed to just bomb. But I really think John Carter was a victim of very poor marketing and Battleship, well, had all the parts but just didn’t fit. Still, I liked both movies well enough. I remember when Savages came out but I was not interested in it at all (really, one woman having two boyfriends?). Then this past December, Lone Survivor came out in limited release and we watched it. I liked it and a week later I wanted to watch it again because suddenly I was into Taylor Kitsch. 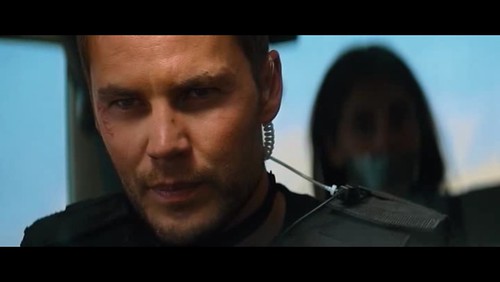 I watched the movie while in the midst of writing a short story. I had just finished one and was on to another one and my OT suggested putting Taylor Kitsch in one of my stories. I considered it, then I saw Lone Survivor, and a story bloomed nearly full in my head, starring Kitsch. I just had to start writing the story, putting aside the other one, because I could not get Kitsch out of my head. 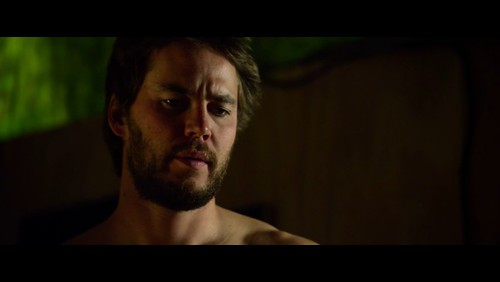 Between the first and second viewing of Lone Survivor, we also started watching Friday Night Lights. If ever there’s a showcase of Taylor Kitsch’s talent, that show is it. You want to know if he can make you want, laugh, cry, yell– watch him in that show. FNL is a great show and worth the time to watch, even beyond Kitsch as Tim Riggins. 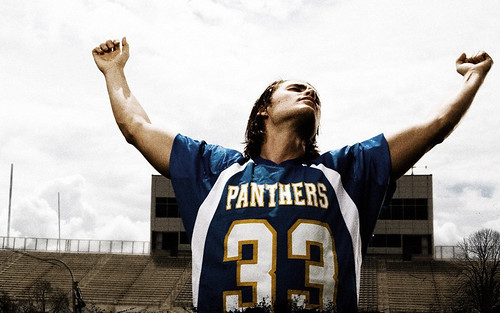 In the months since Lone Survivor and our viewing of the entire series Friday Night Lights, I’ve watched or re-watched John Carter, Battleship, Savages, and The Bang Bang Club. In his most recent movie, The Normal Heart, Kitsch was part of a brilliant ensemble cast. The movie is heartbreaking and gut wrenching and I don’t think I can say enough about it.

Let’s see how he fares on my points of criteria. 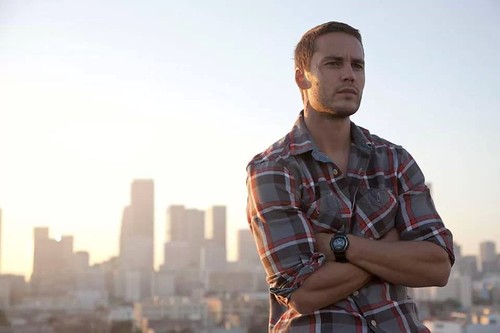 TALENT
I find it interesting that his performance in Lone Survivor was my trigger moment for him yet how can one deny the quiet strength his portrayal? I cannot. In that one movie, he was able to crack through my resistance. It finally led to me watching Friday Night Lights and as I said before, it’s a fantastic showcase for his talent! He’s even enough for me to watch Savages more than once (which I’ve already done). He’s impressive in all his roles and his dedication definitely shines. He’s made me laugh, despair, cry, want. Any actor who can do that usually takes a piece of my fangirl heart.

EDUCATION
I haven’t really read Taylor Kitsch’s bio in depth, so I’m not really sure where his education took him.

KINDNESS
I’ve not heard anything bad about him. In fact, a fan of his debated with me his merits over Henry Cavill (even though I was pretty clear that I absolutely adore Kitsch and I’m a more than a one man loving fangirl). He does charitable work and that’s pretty wonderful. But what’s even more telling is that I haven’t come across the bad stuff about him. I like a fella who doesn’t fall under the Hollywood hype. Actors who do their job and go on with their lives like normal people are pretty awesome.

SPORTS
As a good Canadian should be, Kitsch loves his hockey. It’s not one of my go-to sports but I do love watching it live. I like brutal sports like that. (Hello, RUGBY fan here!) Also, he played a football player in FNL and he looked pretty good kitted up in the gear. Rarr.

LOOKS
Kitsch isn’t a room stopper. He’s handsome enough, pretty much a guy’s guy. When he’s spiffed up for events and the like, he still manages to look a bit thrown together. Well, mostly with the hair. I don’t know if he ever combs his hair. Most of me doesn’t care because it’s really his eyes that do it for me. I’m a sucker for green eyes! Oh, and then there’s his voice. Kinda flat but deep. To me, he looks good scruffy or clean shaven but he could do scruffy forever for all I care. He’s a good looking man who can adjust to his work accordingly and I end up finding him attractive no matter. (Although his look in The Normal Heart was pushing it for me. Mostly the lighter hair.) 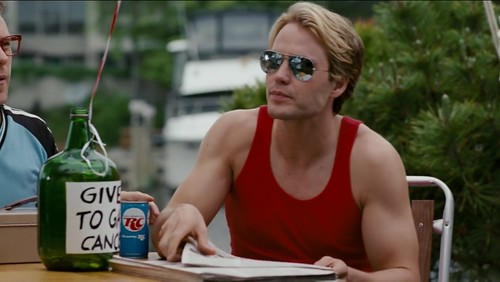 in The Normal Heart

I actually started this essay a month into my thing for Kitsch and it’s been a few months now since then. And if it’s possible, I adore him more now than I did then. I adore him SO MUCH that even though I say he shares the top spot with that super man Henry Cavill, this declaration of listworthy pretty much says Kitsch is number one. (Apologies to the previous number ones who thought they’d stay there longer.)

I’m glad that I saw Kitsch first in “man” roles as opposed to the teen he played in Friday Night Lights. Watching FNL when we did, it would have made me feel a little skeevy to like him. So thank goodness for Battleship and John Carter! (And yes, I know he wasn’t actually high school age in FNL but still!) I’m ever grateful for watching Lone Survivor and seeing a meatier side of Kitsch. (Read into that what you will.) 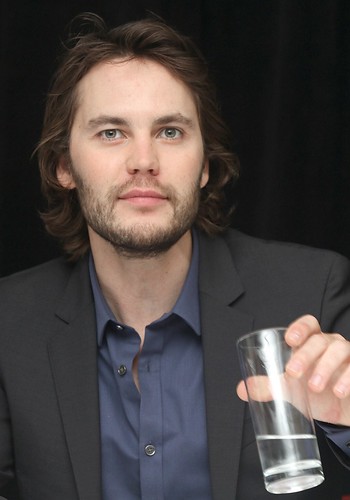 If this regard eventually tapers down and someone else inevitably catches my eye, I do believe that Taylor Kitsch will always be listworthy for me. His work has proven a definite draw for me and he’s already the star of two stories I’m currently writing. He has the potential to be a steady listworthy alá Jensen Ackles. We shall see.

And if he or someone he knows happens upon this post (hey, it could totally freakin’ happen!), I will say this: I ADORE YOU! No, seriously, Kitsch is an awesome actor and in my head, he’s either Murph or Chon or Hopper or John Carter before he’s Tim Riggins. Now that has to count for something, right? 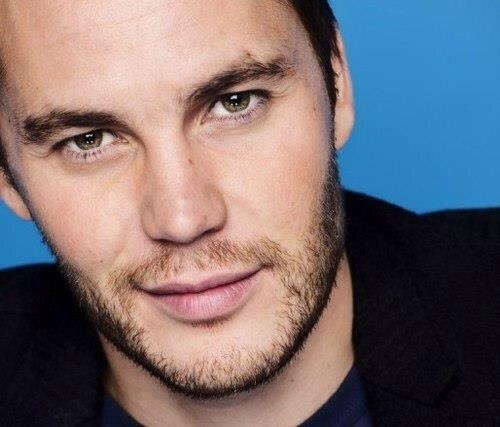