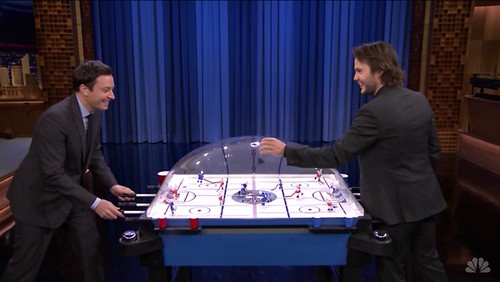 Fallon & Kitsch from the other night

My fangirl days of doing screencaps, marking them as mine, and sharing them online on fansites created by me are LONG GONE. Oh sure, I still do the occasional random screencaps but I do them for me and don’t share with most. I’ve only recently started posting to my Instagram or Twitter for fun and such because I should share the gorgeous glory of my fellas, right? It’s only fair.

I’ve found that in tentatively watching the Henry Cavill fandom, I’ve been struck the utter generosity of the fansites and their respect of fellow fans. Yes, they share fan sighting and photos but they always do their best to credit the appropriate parties. And they don’t mar the photos they gather from online that don’t belong to them with ugly or obtrusive markings. Maybe I’ve just happened upon a few of the better Henry fansites but hey, they do a fantastic job. They’re pretty awesome.

I’ve started following some other fandoms and though I totally appreciate seeing all the photos they gather and such, I do not appreciate having one of my creations cut up and presented as something new and in pieces. Granted, my effort wasn’t high art but I did the screencaps, I did the collage, I’m the one who posted it! Did I get credit? No. Do I want credit? Not for the shoddy hack job, no. But it makes shy away from sharing my stuff with the general lurking public and just keeping to myself and my friends. Or worse, I may just mark my photos (nothing too obvious) just to test who’s “stealing” my stuff.

When this kind of stuff happened before, I threw fits about it. Now I just shrug and think how sad that people can’t be creative on their own. It’s one thing if they took my shot and did something new with it but they didn’t. It’s just so rude! 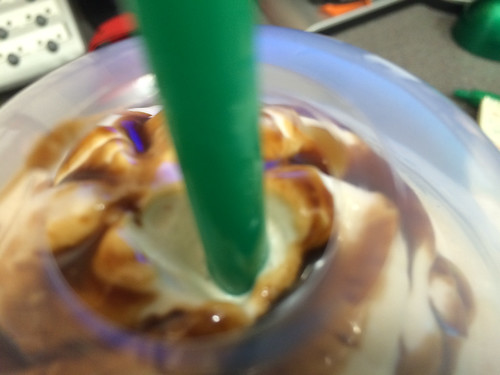 Now time for some story writing. Maybe. We’ll see if the Muse obliges…