next time comes your turn 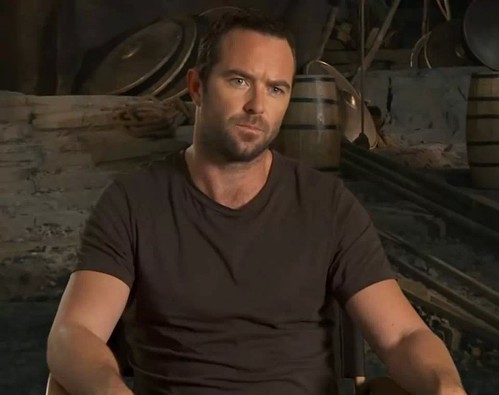 Sullivan Stapleton, “Themistokles” in 300 Rise of an Empire

300 Rise of an Empire… Let’s get the fangirl stuff out of the way first– SULLY!!! Whatever work he did to get that six pack paid off because he looked damn good. I think I’ll always like him in a some kind of scruff or even beard. He looked great, sounded different (I’m used to his Aussie or American but the English accent threw me off a bit), and for me, provided enough gravitas to his character… The movie itself was violent and bloody, dark and stylish, crazy and grand. I liked it. I love that the two women in the movie were freakin’ kick ass. Lena Headey did a great job as the binding voice between the first movie and this one and her actual scenes were very well done. Eva Green was AMAZING as Artemisia. She was driven and focused with such a wonderful touch of darkness and determination. Simply fantastic… The action sequences were artful and bloody with a lot of slow motion shots. Blood and dirt flew this way and that and it was rather magnificent… We saw the movie in 2D and the sound SUCKED hard in our auditorium. The dialogue was subdued but the background music and noise were loud. It’s a bit sad that a relatively new theatre (recently bought by AMC from Rave) has such shoddy equipment. Or perhaps the projectionist didn’t adjust the sound correctly? I’m not going to fault the movie for the way that auditorium sounded but it was slightly distracting… All in all, I’m very glad to have seen 300 Rise of an Empire. Sully was great, Eva Green was terrific, and the movie itself was a buffet of great effects. The plot was pretty straightforward but don’t expect Shakespeare or the like, although the words were prettily done enough. I’d see it again if I had the means. And you should see it if you like those kinds of movies. 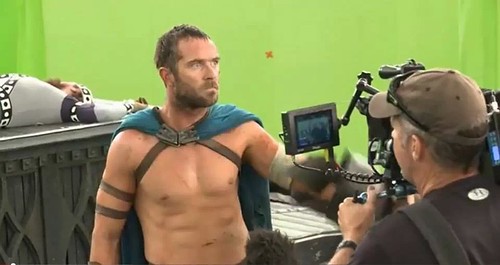 I see the six pack!

Now, off to Wizard World we go!