were you just a trick 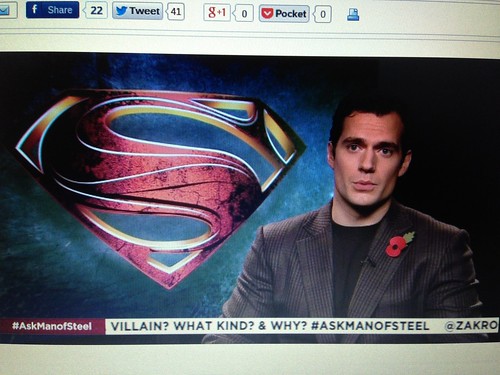 it’s not fair how beautiful he is…

I should be writing more. My characters are moving faster than I want them too and I am trying to keep them on course. At least I’m at the average word count. Nice, eh?

There was a live Q&A with Zack Snyder, Amy Adams, and Henry Cavill, hosted by Kevin Smith, this morning in anticipation of the blu-ray release of Man of Steel. After watching it, I just wanted to watch the movie again. I want to go to the store on Tuesday and get the movie. I wish they had done a digital pre-release because I would have gotten that too! LOL I’m crazy, I know. But I really really really want the movie. And if I were to make a Christmas list, it would include an inordinate amount of Superman stuff, especially movie Man of Steel stuff.

Oh, and I am so loving my new Chromebook!!! I’ve been doing a lot of my writing on it since I got it and it’s been a workhorse for me. I’ll probably do a review after November. 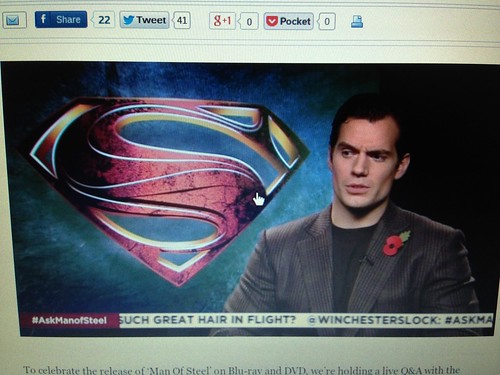 I’m leaning towards naming my Chromebook something Henry Cavill or Man of Steel related but I haven’t decided yet. And of course the moment I finish typing that, I think of a name. LOL I’ll stew on it for awhile.