I’m not ready yet 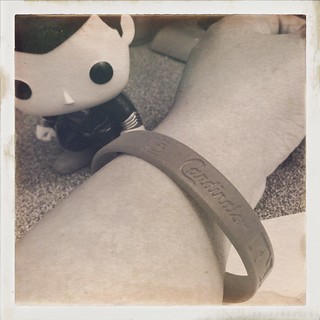 The St. Louis Cardinals are on their way to the World Series!!! It was a great game for them and I am so happy that they won the series. It was such a tough series from the beginning so it was fun to see them just break out in this game. Thank goodness! As I said on Twitter, now I get to wear my Mulder jersey for the World Series! 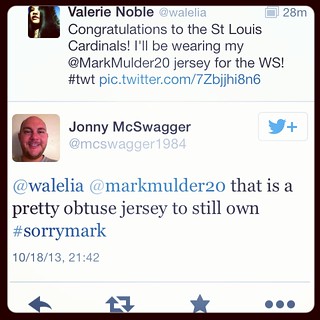 I’d like to think the writer of this reply doesn’t realize the actual definition of “obtuse” otherwise his tweet was not only insulting but rude. And oh, dude is a Cardinals fan. So isn’t it a little mean to pick on 1) a fellow Cardinals fan as well as 2) a former Cardinals player? And seriously, am I supposed to trash a jersey if the player retires? Am I taking this too personally?

Whatever, the Cardinals are going to the World Series!!!

I’ll talk Strike Back tomorrow. But I will say I cried, I laughed, and enjoyed the season finale all the way to the end.