keep me close to you 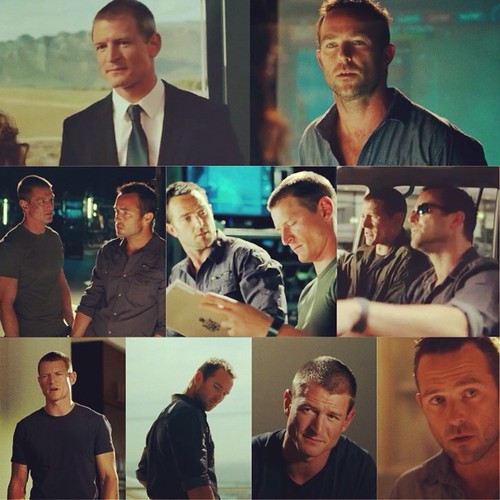 proof that I am WAY INTO Strike Back

TV
Strike Back – Episode 2 of season 3 was another strong entry. It started where ep 1 ended. Michael got Martinez to shore but Damien and Rebecca were still under water. Leo Kamali got loose of his binds and went back and helped save Rebecca before escaping. I was already yelling at the tv, incredulous that they had already killed off Rebecca. NO!!! But she spit up the water and was still alive. Yah!… Dalton was once again very frayed at the edges as she hunted for the one who might have given her up. She finds him but things don’t end well. Still, she got some intel, so good?… We got to see Martinez and Richmond kick some ass while wearing summer dresses and heels. Nice. And later we got to see the boys get tortured before giving as well as they got… I’ll skip the juicy twists but I will say that I do like that Baxter’s death is not just a throwaway occurrence. His death has now turned into something else, a sort of bargaining chip, if you will. I cannot wait to see how it plays out. But I do hope that he is given proper mourning by the characters… Once again, I almost cried but this time for Rebecca. Seriously?!… I love this show SO MUCH.

I graduated from Cal State Hayward and had many classes at Warren Hall. Now it’s gone. Just like the first place I worked (also in Hayward), Festival Cinemas– gone.