just a hint of promise

Having no internet the other day was a bit strange. And sad. Sadder still the realization of how much I depend on having an internet connection at home. Not only does it fuel this online world of mine but it also is the means to much of our entertainment. No AppleTV, no Netflix or Hulu, nothing. Well, we did have our DirecTV. We haven’t cut the cord, as it were. And to that I say THANK GOODNESS!!! 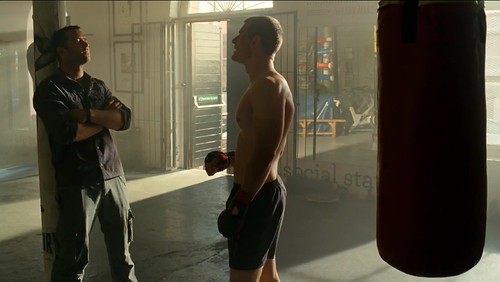 Strike Back premieres tonight!!! Here in the US we call it season 3 but in the UK, it’s Shadow Warfare. I like that better. It seems dishonest to call it season 3, ignoring the actual first season. Anyhoo, I’m excited! Let’s hope we watch it in real time.

I’m home from work today. I stayed home yesterday as well. I’ve been feeling under the weather and slightly feverish, so I thought it best to keep that crap at home as opposed to bringing it to work. Don’t want anyone blaming me for getting sick!

Broadchurch - The first episode was free on iTunes so we watched it the other night. I’m intrigued! What is it about the UK productions that do crime stories so well? Or maybe I just like the more drawn out look at the tragic. Well, Broadchurch certainly hooked me.