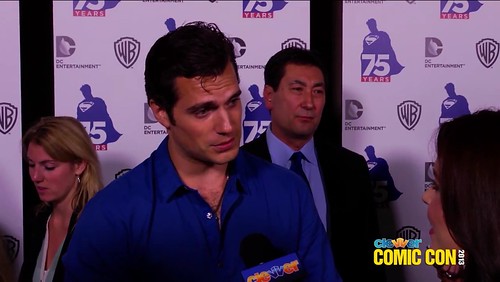 I think all week I should just post pictures of my fellas at Comic Con. Is that crazy torture or what? LOL 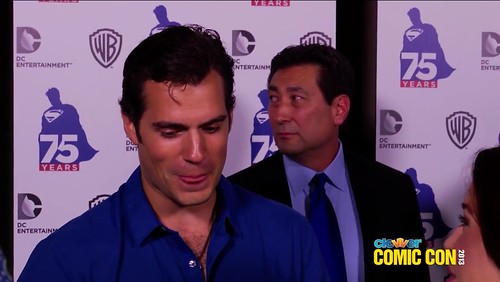 I’m going to just lose myself in YouTube videos from Comic Con. Go The Nerd Machine! I love all the interviews I just watched.

True Blood – I think I can totally get into the Ben character. I’m so glad that the actor gets to use his regular accent. He’s damn cute. And I like the thought of him with Sookie but damn, how can that girl feel anything for him when they’ve barely known each other for a week?! It’s just weird and makes no sense. But I don’t mind that she got a little kinky with him. NICE!… I love Alcide, I do, but I still DO NOT LIKE the way they turned his character. From some of the stuff I’ve read recently, I think it might have to do with the show runner switch in the middle of production. It also sounds like a lot of scenes with Robert Patrick might have gone to the cutting room floor and I bet a lot of what’s eating at me could be explained by some of that. I’m glad Alcide didn’t go all crazy on Sam but what the hell was going on with him in the first place? Has being packmaster made him lose his heart?… And Sam hooking up so quick with that Nicole chick also makes NO SENSE. It she just a hook up because I will not cry at all when they finally off her. And they had better freakin’ off her soon because she annoys the hell out of me!… I love most of the vampire stuff, even the weird Billith crap. They are just so much more interesting to me than the other storylines (except maybe Ben). I’m curious as to what the virus is going to do the vampires… And Terry. He finally gets a moment of happiness and then it’s all gone. I knew it was going to happen, which made the end more heartwrenching but to tell the truth, that storyline just ran its course for me…

I seriously need to stop watching the videos from Comic Con. I could go into overload. Yowsa!