the swell of music
seamless beneath the action
emotion unleashed 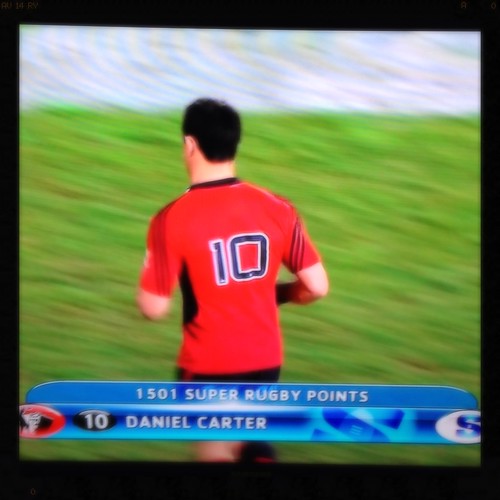 First, congratulations to my favorite first five-eighths Dan Carter of the Crusaders on hitting the 1500 Super Rugby points mark! He’s the first one to it, so WOOHOO! It was last night, against the Chiefs, and the Crusaders also won. So, DOUBLE WOOHOO! 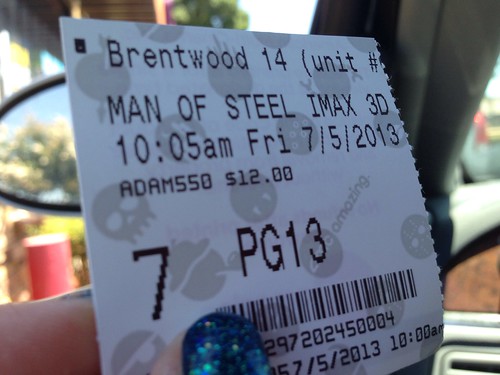 Second, guess what I saw for the third time? Well, no need to guess as the ticket pictured says it quite clearly.

And what did I think this time around?

My thoughts on Man of Steel, take 3… I would never recommend seeing any movie in 3D but would definitely recommend IMAX. This time around I had to go for the IMAX 3D showing. I know, you don’t believe the “had to” but it was really a matter of the time of the show. I wanted the earliest one and that was it. Plus, I was considering seeing it in 3D because I remembered how much I enjoyed the 3D trailer… The first two times I saw Man of Steel, the music left little impression on me and I was a bit curious about that. I started listening to the soundtrack after seeing the movie the second time and I very much enjoyed it. The swell and sweep of the music can be dark at times but beneath is the hope that shines through the movie itself. This third time watching the movie, I heard and felt the music quite strongly. Maybe I was consciously paying attention but it definitely hit me more. Perhaps it helped that I’ve been listening to the soundtrack a lot these past couple of weeks… As for the movie itself, I still very much LOVE IT. Henry Cavill makes a beautiful and strong and conflicted and determined Superman. He is simply perfect in the role. He IS Superman (even if they only refer to him as such once in the movie). From the suit to the voice to the look, he is a perfect embodiment of this superhero. And I know I’ve said that before but it’s so true for me… I don’t know if I’ve said enough about Amy Adams as Lois Lane beyond my first impression but I will say that I love how subtle she was as the character. Nothing over the top yet Lois is still the headstrong and determined woman she has before been portrayed. I was also struck by the quiet dignity of Ayelet Zurer as Lara Lor-Van (Jor-El’s wife and Kal-El’s mother). She was lovely to watch… I would probably watch this movie again if I could but three times will have to be enough, I think, until it comes out on blu-ray. 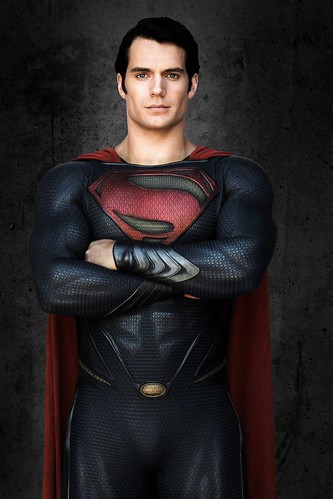 That suit is so damn awesome!