the oppressive heat
unrelenting and sultry
as the sun rises 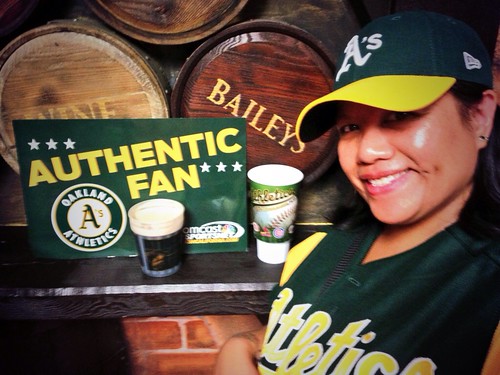 me enjoying a Guinness at the game last night

Yesterday was a fun day! First, it was only a half day at work and pay day. Second, I got my hair cut. Third, we went to the A’s/Cardinals game and the A’s won! 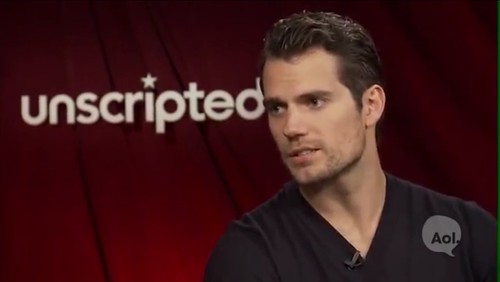 Wait, what was I going to say? Oh yes, work!

The office was only opened until noon, so district folks had until then to get their paychecks. So I saw mostly happy people, which was nice. I wonder sometimes why they don’t just get direct deposit. The money would be in the bank when they woke up on pay day. How much more convenient can that be? Gosh! 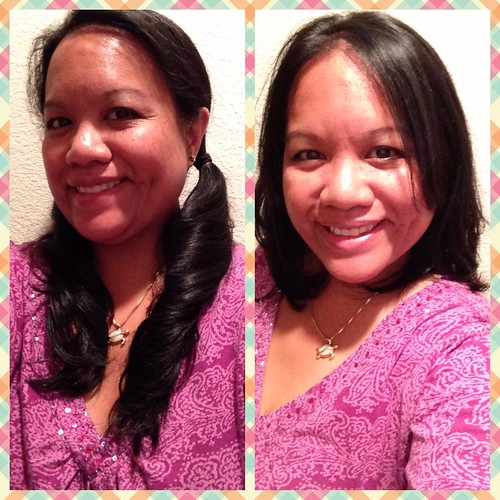 After a Taco Bell lunch, I went to Fusion 3 Salon to get a hair cut. I had gotten a $20 off in the mail and wanted to take advantage of it. I had a lovely gal named Vanessa do my hair and she was so enthusiastic that I was happy for her to chop off more than I had originally thought I wanted. LOL She did a fantastic job and I really enjoyed my time there. 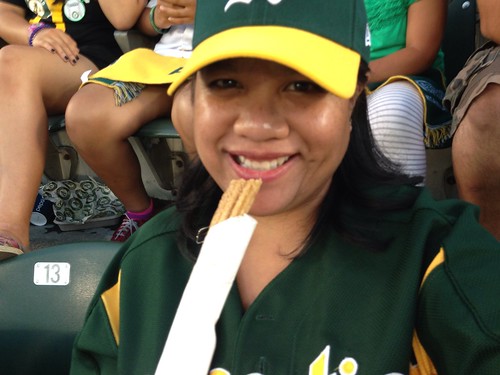 me and my churro

We sat in the Value Deck for the A’s vs. Cardinals game. It was fun! Great view and our tickets came with food vouchers. I had a hot dog and soda, of course. LOL And then later, the churro. Gotta have a churro at a baseball game. 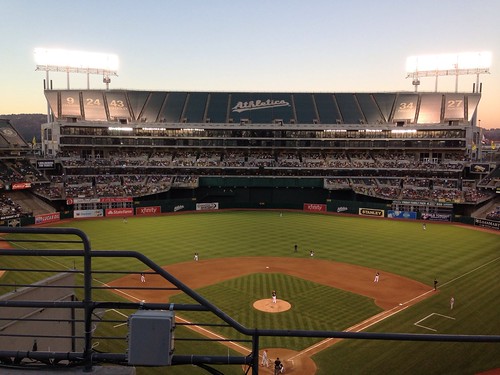