has this heart drifted 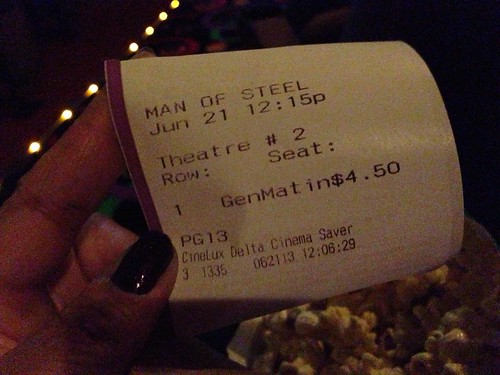 my ticket to a matinee

Let’s start with… my thoughts on Man of Steel, take 2… Good gods above, Henry Cavill is so damn perfect as Clark Kent/Kal-El/Superman (can you tell I don’t know what to call him?). For me, he played every part of the character’s journey with solemnity and respect but still managed to convey a bit of humor and light. The strength and sweetness and determination combined to create a more balanced version of the superhero in my eyes… I am still impressed by Russell Crowe as Jor-El. I really liked him in the part… As I sit here listening to the soundtrack to Man of Steel, I wish it had made more of an impression on me during the movie itself. I like listening to the music and remembering the piece of the scene in the movie so I wonder if I’ll get that feeling as I keep listening… I want to say that I’m finished watching Man of Steel at the theatres but I feel the pull to it still. Maybe it’s just Henry Cavill…

So Henry Cavill. I think I’m starting on him a little. To test this new attachment, I’m going to start watching The Tudors since it’s on Netflix. Wonder what I’ll find. 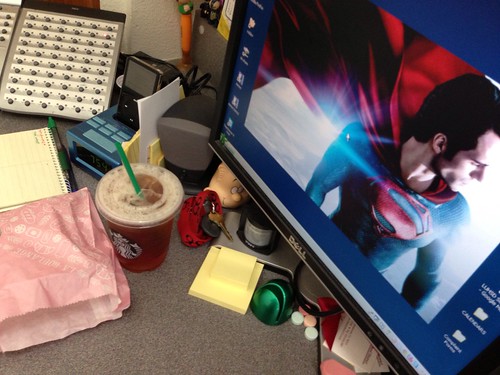 And I really need to stop the Starbucks runs. Ye gods!