why did you let go 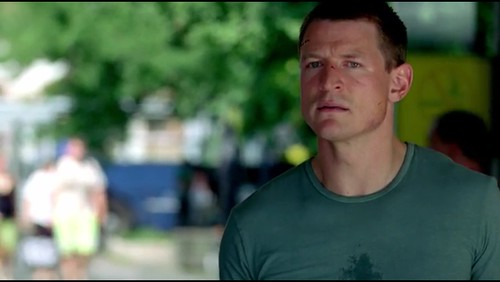 Oh the joys of Twitter! I posted a pic, a fave RT’d it, then when I went to his page, I saw that he was no longer following me. ::pout:: I guess I was lucky I was on his short list for as long as I was. This fella deletes tweets and those he follows on a regular basis. I’m just surprised I got unfollowed AFTER he RT’d my tweet! It was fun while it lasted.

I still adore him. Really can’t help it…

I forgot to give my Game of Thrones season finale rundown! Probably some spoilers, so…

Spoilers for the last episode of the season! Don’t read unless you don’t care. And don’t complain if you read something you shouldn’t have…

I almost started crying again when the Grey Wind/Robb was carried out and Arya happened to see. My heart totally broke for her and I wondered if she understood what she was seeing… When later she happens upon those men and kills the one, I was glad and heartbroken again for her. Oh Arya, what a tough road you have ahead of you!

I liked the little walking scene with Tyrion and Sansa. Both unwillingly bound together, yet there was something almost sweet about the way they talked. Both saw each other’s misery, I suppose.

One of the BEST Joffrey scenes was when his grandfather Tywin sent him to bed without supper and he whined like a little boy that he was not tired! It was great to see him set down even if it was by his hard ass grandfather.

This scene led into the conversation between Tywin and his son Tyrion, another quiet confrontation between the two. Tyrion is one of my favorite characters on the show as he so well played. Of all the Lannisters, he is the most intriguing in that his goodness shines more so than the others.

I almost wish that the end scene was Jaime and Cersei. I liked the quiet disbelief in her eyes and the resignation in his. I cannot wait to see how this meeting plays out!

Instead, the show ended on Dany. She is so kickass across the narrow sea. Why does she want to go to Westoros where she knows none of the people or customs when she can just keep conquering her part of the world?