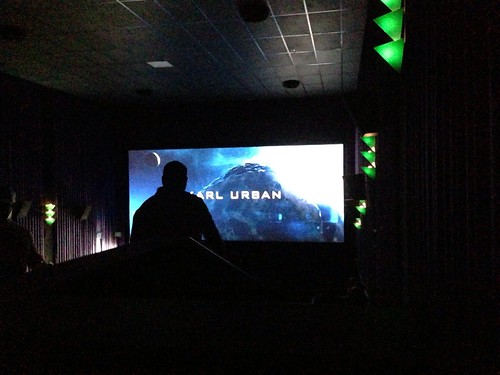 We had free admission tickets and used them for the first showing of Star Trek Into Darkness. Yes, I saw it again.

My thoughts, take 3, of Star Trek Into Darkness… Although I understand some of the critical observations of the movie (from die hard fans and others alike), I am still utterly attached to the movie on par with the 2009 one. I take this “alternate” timeline as just another version of the Star Trek universe, independent of the previous films and tv shows previous. I have worked it (in my head) to consider this reality as a kind of parallel universe to the “prime” timeline. So there it goes. I hope they do another movie and I hope we see even more parallels and divergence from the original series… One of the aspects of this latest movie that I really enjoyed and embraced was the theme of relationships. Pike and Kirk. Kirk and Spock. Spock and Uhura. The mentor and his protege. The friends. The lovers. Kirk makes a lot of noise of being friends with Spock but says little of his regard for Pike. Still, you can see how much Pike means to Kirk in a couple of key moments. I loved also the peeks into the relationship between Spock and Uhura, which definitely shows Spock’s human side… And once more on the music. From the beginning, I was drawn right back into the world of Star Trek by the music. The score by Michael Giacchino is so haunting and powerful and melancholy and rousing… 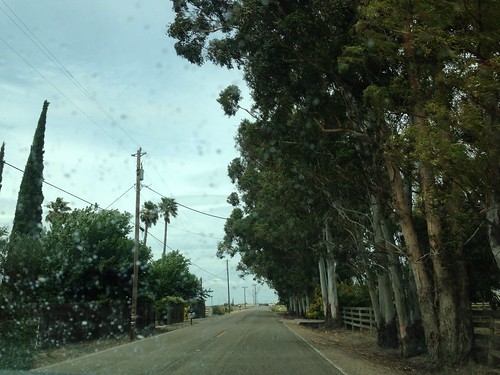 When we came out of the mall, it was raining. It felt nice though because it wasn’t cold. We did a bit of shopping (sales are awesome!), had lunch at Arby’s, then came home and watched our blu-ray of the Star Trek: The Next Generation episode “The Best of Both Worlds.” So yeah, a Star Trek day for me. LOL (And should I add that at the moment I’m listening to the Star Trek Into Darkness score? So I’m a little addicted or something, so what!) 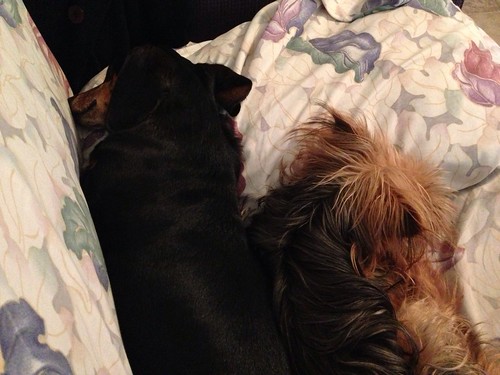 what dogs do best