the cool of the breeze 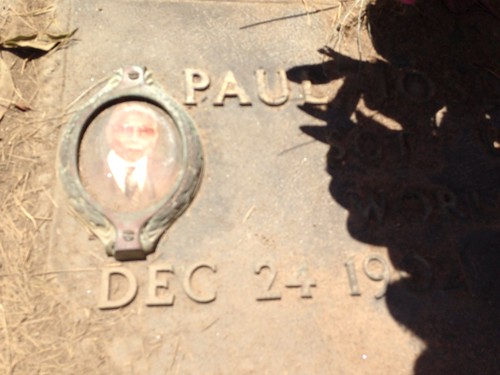 We were going that way so we stopped by to visit my grandfather’s grave. It was appropriate, as it’s Memorial Day weekend and he served in the US Army during World War II. He died back in 1990 at the age of 87… When I was growing up, my grandfather was more of a presence than a person to me. He was someone I had to kiss in greeting or farewell. He usually sat in a chair and just watched tv. I never really talked much with him. I was his 16th grandchild and lived an hour away, so although we would visit often, I was more interested in hanging out with my cousins and waiting for the ice cream truck to roll by… The one thing that he personally gave me was the Catholic Bible that I still have. It’s one of those bibles meant to record your family history. Those pages are blank. It’s as if he just had it and when he saw that I was interested in it, he gave it to me. It’s a beautiful book and I have read some of it but it mostly means very much to me because he gave it to me. 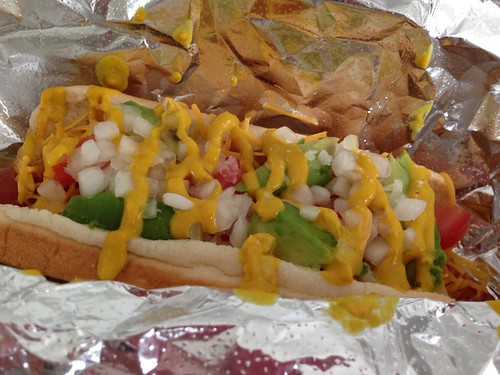 South of the Border dog from Brentwood Dog House