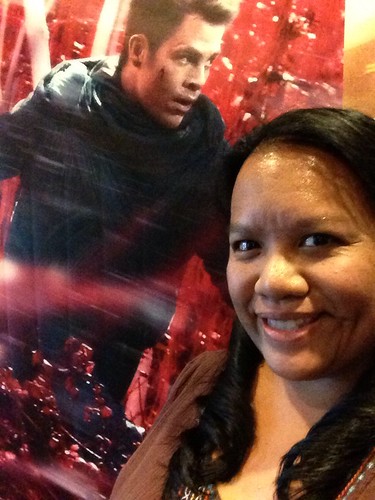 me and one of my boyfriends

STAR TREK INTO DARKNESS – Impressions? Well… I loved it! But in a different way from the 2009 film. The tone of this movie was decidedly different but there was still laughter, tears, action, and heartbreak. Since I refuse to be spoilery, I will just say a bit about the actors… Chris Pine was wonderful as Kirk. I really do like him a lot in the role. He is James T. Kirk to the core and I can’t really imagine anyone else playing him at this point… Zachary Quinto was amazing! He’s the perfect Spock in so many ways. I like the control he wields. He can say so much without a word. And I like how he’s a different version of the TOS Spock. Not better, just different… Karl Urban had some great lines but I would have loved to have seen more of him. I think this was the first time I didn’t think of Karl Urban playing Bones. I just saw him and thought, “Bones!”… Benedict Cumberbatch. What can I say about him except WOW. He’s an incredible actor with a powerful presence. A lot of it has to do with his voice and its utter majesty. Yet there was a savagery about him as well and he played it all so perfectly. He is perfection itself… 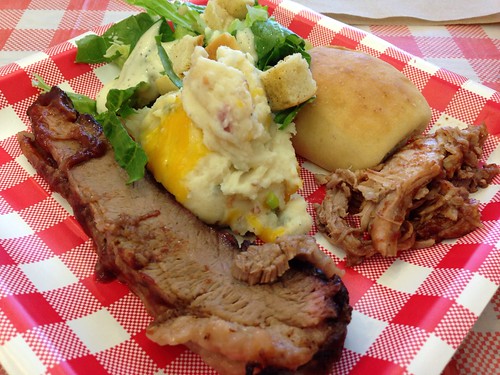 We had our quarterly luncheon today. Smaller crew but it was good stuff. Theme was hoedown.

I guess my two ponytails were appropriate even more so today. LOL