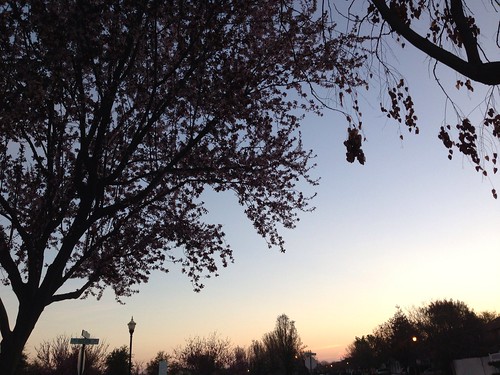 mornings are just a bit darker

Sooooo annoyed about Google Reader biting the dust come July. First iGoogle and now Google Reader? Where am I to read my RSS feeds?! I liked having one place to read my feeds. Now what? UGH! Google, I love ya but sometimes you frustrate me!!!

I have 10 (once this posts and my MJazz posts) tweets before my 20,000th tweet. What the heck?! I’m trying to save it until Friday but that means pretty much no tweeting tomorrow just to be sure. Can I do it? We shall see!

And we’ve got a new Pope. I know I don’t talk about it much but I am Catholic (non-practicing at its best!). Most of the time I can shrug off the rude, disrespectful, and snide comments that people make about the Church and Catholics but today I was oddly annoyed by the rude, disrespectful, and snide comments on my twitter feed. It made me sad too that people can so offhandedly offend, joke, and mock the religion of billions of people. I’m not going to sit here and say I agree with the Church on its stance on so many things (because I do not at all) but I do like to think that I adhere to the basic heart of what I believe all religions entail– being good and kind, helping rather than hurting. You know, LOVE. And that love for life and its beauty should never be mocked or ridiculed. Whether you believe in God or something else, if you do the most basic thing of being good, how can that be wrong?

One more twitter peeve– I stopped following a particular actress and her fanclub person retweets almost ALL her tweets. WTF?! If I wanted to follow the actress, I would. I guess it’s now time to stop following the fanclub person. UGH.

And will a Veronica Mars movie be made? I hope so!

Oh, there was perhaps band practice today for Ed Quinn. His friend and bassist, actor Aleks Paunovic posted a pic. Looks like Ed is sporting the short hair again. (NICE!) Aleks is a hoot. I hope the practice went well and that they decide to do a show in late May/June and we get invited. LOL

Thank you for reading my oddly random, hump-day post.