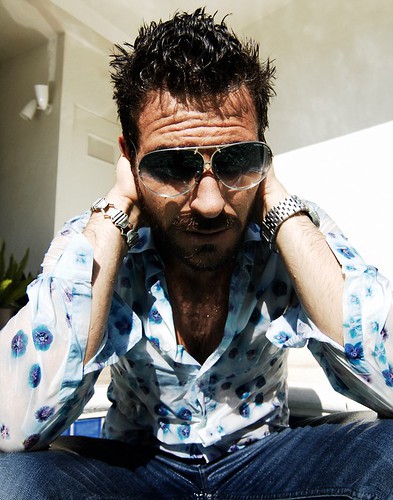 When I post this, I’m probably going to @ Ed this, so I’m torn a bit between being utterly honest (and probably embarrassingly gushy) or non-frighteningly admiring. Is it possible to do something in between?

It’s not as if none of my fellas have known I’ve liked them. Back in my Hercules/Xena heyday, I had more than one fansite dedicated to a fella. It was almost a game to “discover” someone before another fan did and I was lucky enough to correspond with one and then later befriend (I say that loosely) another. I was always careful to show an appropriate amount of adoration and I think I have always been clear on the separation between character and actor. Above all, I treated them and my fellow fans with respect and it made for good times. Perhaps it helped that I wasn’t a teenager with wild fantasies ruling her head but rather an adult (still with wild fantasies but they did not rule me). I try to operate on the notion that the person I’m writing about might actually read what I’m writing. Certainly comes in handy with the self edits.

So, on the super off chance that this Listworthy gentleman actually reads this, I should probably take the time to introduce myself.

I’m a mostly sane person with boycrazy tendencies but the fact that I’m even writing this might point to some weird quirk in my personality. Perhaps it’ll help if I say that I like to write and I like to write about things I like. The idea to write essays on my fellas mostly stems from chronicling my “crushes.” I figured I might as well share my thoughts with the world or whoever stumbles upon my blog. 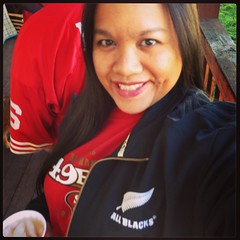 It makes me only slightly nervous to think that you might actually read this but I hope you take it in the spirit in which it’s written– admiringly and adoringly. I think I could say that whatever I’ve written I would say to you in person if given the chance and maybe a shot or two of something strong.

So, Ed Quinn. Where to start? Oh yes:

IT’S ALL HIS FAULT.

Seriously. To the beginning then…

Ed played Nathan Stark in the first two seasons of Eureka then his character bit the dust in the third. I remember actually shedding a few tears because Nathan was finally getting what he wanted but then had to save the world and sacrifice himself in the process. I was also sad because no more Ed Quinn on Eureka! Even though I hated how he came between Allison and Carter, I never wanted him to go away like he did. He was such a fantastic and snarky foil to Carter. But the show went on and I went along with it. 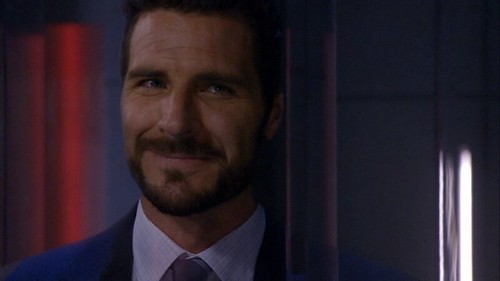 Fast forward to August 2012. Colin Ferguson tweeted that Ed was on Twitter. On a whim I tweeted a greeting to him and lo, he replied! I thought I took in stride. After all, he wasn’t the first actor to reply to me (I say casually but fangirl me squeaks a little every time it happens). I thought to myself, oh, how nice is he to reply? Too sweet! It’s a funny little thrill to know that for a moment, that other person thought of you. Or maybe it’s just me.

But the replies didn’t stop after that first one. By the second or third one (I think it was the third), I started to half-expect some kind of notice from him and he’s never failed. I try not to expect anything (he’s busy, I’m a silly chick on Twitter, what the hell why should he care what I say = all reasons I told myself not to expect anything). Perhaps this is why I feel that little thrill every time I see he’s favorited or RT’d a tweet of mine. And when he actually replies? Well hell’s bells, I’m left with a dopey smile for at least the rest of the day! But I love it and I hope it doesn’t end because they’re such wonderful bits of sunshine. Sunshine, I say! And sweeties, you’ve got to take your sunshine where you can get it.

Even as I think of the reasons why I adore him (and I do very much adore him), I can think of some reasons why I shouldn’t. For starters, he’s OLDER than me (say that with a bit of melodrama, okay?). I don’t usually pick fellas older than me. It probably started with Jensen Ackles though I’m sure some would argue and point out Ryan Gosling. (I LOVE Ryan, but not “like that”, not really.) I would say it’s been a mix but recent years have shone the light on fellas younger than me. It always stops me when I think someone older than me is hot. Such an anomaly before but maybe not so much now… Second, aside from Eureka, I hadn’t really seen too much else of his work. (I’m slowly remedying that particular bit.) Usually a fella grows on me because I see him in different things. Or I’ve been floored by one thing (think Tom Hardy in Warrior) and I’m just suddenly desperate for more. With Ed, I think it’s the slow burn akin to my thing for Charles Mesure (he of Xena and Hercules, Desperate Housewives, and the New Zealand series This is Not My Life). The seed was planted long ago and then something triggered it to bloom. So what was the trigger? 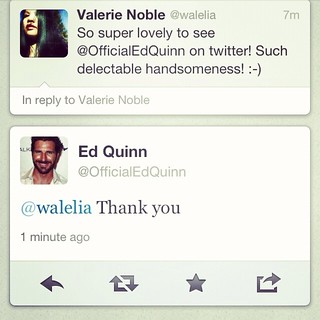 No, that wasn’t the only trigger but it was certainly a reminder that yes, I always liked him on Eureka. And what was he doing these days? The curiosity began to grow but I told myself that I didn’t need to know more. I’d just follow him on Twitter and watch out for his updates. But I’m a curious person and Google is my friend, so I did my searches, haunted the IMDB, and learned more about him. My adoration intensified and by October he landed on my List, scooting up to the top half of it. I knew that it would only be a matter of time before he stole the top spot. And that time would be November.

Why November? November is National Novel Writing Month and I was giving it another go with a romance story called Free Me. The main male character in the story was not so curiously physically based on Ed. (I like to imagine real people playing my characters, at least the male leads.) It was the fastest 50,000 words I’ve ever written (minus the days I was sadly sick)… Also, Ed’s EP Lights Out Love was recently released and after one listen of each song, I was hooked!… Oh, and lastly, Ed appeared on one of my favorite shows, Castle, as Gabriel Winters. He was a freakin’ hoot! And still handsome with long hair and without scruff. Imagine that… So between Ed playing my main male character, listening to his EP, and seeing him on Castle, I was well and truly fallen. And so he rose to the top spot.

But how did he oust the previous number one (and number two and three!)? What is it about Ed Quinn that appeals to me so much that I’m willing to throw over three others for him?

TALENT
Make me cry and I’m pretty much yours forever. (In that squeeze my heart kind of way, just to clarify.) And of course, the tears fell a bit when Nathan Stark saved the world by sacrificing himself in the Eureka episode “I Do Over.” It wasn’t just the sacrifice but the way he did what he had to do with quiet determination, facing his doom with but one regret– his beloved Allison. He did it for her, of course, and the trust he placed in Carter just twisted the heart. When he faded away with that smile on his face, I cried a little. Ed played the moment perfectly… 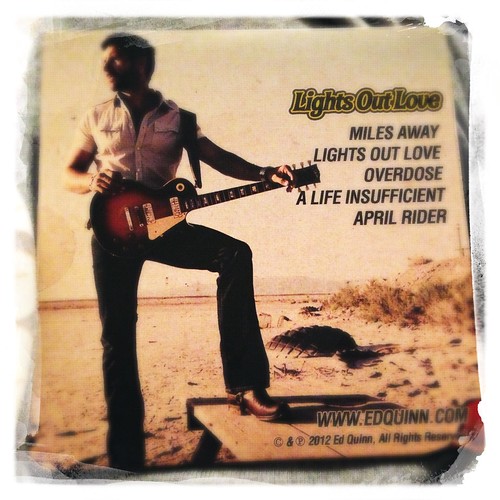 And then there’s his music. I must confess, I was a little wary of listening to his songs. I wondered if he would be cheesy or just not to my taste but I really didn’t have to worry, did I? When “Miles Away” started, I was duly impressed by the rockin’ vibe. I had only to wait for him to sing before the waiting dread faded. He sounds AWESOME. Or more accurately, he sounds like himself when he sings. He considers himself a musician who sings as opposed to a singer who plays and I totally get that. But darlins’, I’ve listened to his EP at least three times a day since I’ve bought it and I have yet to really tire of any of the songs. At this particular moment, “April Rider” is so under my skin I can’t even explain it.

Now here’s something crazy (because I love coincidences) – I have a cousin who attended and graduated from UC Berkeley in 1991. I want to say that I went to her graduation and wouldn’t it be funny if he was graduating the same day and we passed each other in the crowds? 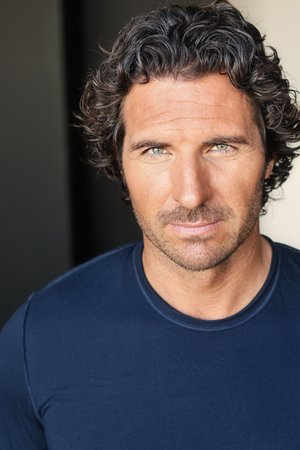 KINDNESS
Here I pause. I’m thinking about how he must read almost every tweet mentioning him because how the heck does he reply to some of my obscure tweets (yes, directed at him but still!)? So is it kindness or curiosity? Perhaps the curiosity is in wondering what we’re all saying about him or to him. Then so the kindness is in the replying. And he does reply to a lot of his followers, which is so wonderful. I wonder if he knows that his engagement with us just makes us adore him even more. He’s a smart fella, I bet he knows.

It makes me smile when I get a reply from him, as well as a retweet or favorite. It’s like bits of sunshine!

SPORTS
The A’s are his number one baseball team. Well, Bay Area team. So he tweeted once to me. LOL And that’s all I really need to know on the sports front. He knows his sports and enjoys them. Thank goodness. (I cannot fathom a man who doesn’t like sports or doesn’t play some kind of sport or outdoor activity even though I’m the classic spectator and quite uncoordinated.)

LOOKS
Did you know he was a male model? I could say enough said but I’ll say more. He’s a good looking man with a killer smile. See, I’m smiling just thinking of his smile. 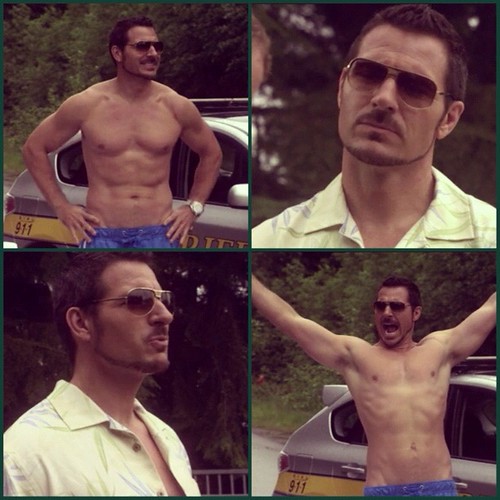 At this point, I cannot imagine anyone stealing the top spot from Ed Quinn. The combination of him being quite awesome and the lovely bits of attention is just too much to overcome. Sorry to my other fellas!

And Ed, if you have actually read this and to the end, NICE! Thank you for being such fun on Twitter. I hope to witness you perform live some day (IN MAY?!). Promise me a hug and picture when we meet? And I promise to be only a little shy, probably too smiley, but ultimately nice. 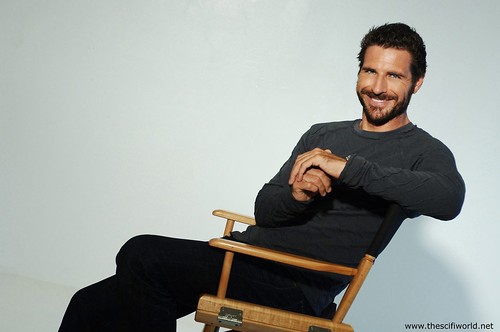