one moment without regret

Yup, “April Rider”. I’m playing it really loud and it sounds good. I don’t usually play it this loud unless I’m in the car. Hmmm…

I spent a lot of the day watching Pride and Prejudice. I LOVE that mini-series and it kinda kills me to think it’s seventeen years old. Where the hell has time gone?! It’s a perfect adaptation of the novel, which is one of my all time favorites. 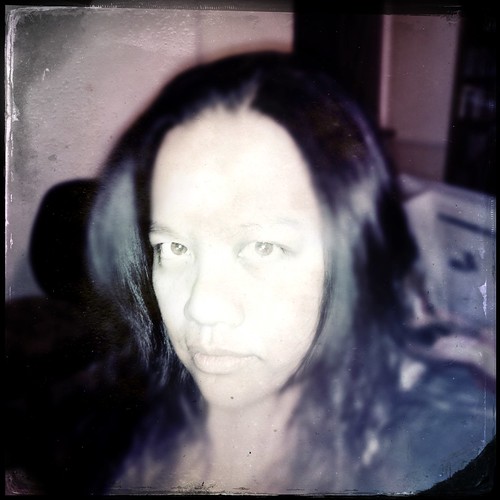 I know, the picture is creepy but I’m oddly fascinated by this particular filter on Hipstamatic. If freaks me out and yet I can’t stop using it.

This would be a good time to work on my stories but I’m feeling uninspired. It probably means I should read something but I’m even uninspired to do that. It’s not even melancholy, it’s just dullness.

Twice today on twitter I said that I was hot for rugby. What the hell does that mean?! Well, it means I’m desperate for some rugby. I just need to hold on for a month before the Super Rugby starts but I might try watching the 6 Nations because it starts sooner. I just don’t dig European rugby as much as the Southern Hemisphere version. Not sure why. I’m spoiled? Ah well, if I start watching the 6 Nations (England, France, Ireland, Italy, Scotland, Wales), I suppose I should pick a country to cheer. I’m leaning towards Ireland for no particular reason. LOL! Oh, and I might be desperate enough for rugby to go collegiate. Ed Quinn (did you think I wouldn’t mention him) RT’d a Cal Rugby tweet and I thought, “Hmmm, if I go college, I could follow Cal. They’re probably the closest college rugby team.” I could find a way to justify following them. Not sure if I’m that desperate. We’ll see.