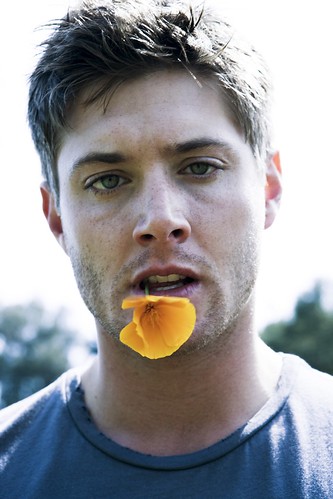 First sighting: Probably a random episode of Days of Our Lives but definitely impressed with his turn on Dark Angel…

I know, you’re thinking, she’s starting with Jensen Ackles? What about Tom Hardy or Joe Manganiello or the latest one, Ed Quinn? Why Jensen? Well, I will tell you why:

Jensen is the longest standing #1.

Actually, he shared the top spot a lot of the time with George Eads (a fellow Texan curiously also born on March 1st) but as Jensen has garnered more attention through the years from me than George, he gets to be my first essay in this series. I hope I do him justice.

Most people these days know Jensen Ackles as Dean Winchester from the long running series Supernatural but I first caught sight of him as Alec in the short lived series Dark Angel. He was a second season regular, having appeared in one episode in the first season (as Alec’s slightly deranged twin/clone Ben). Alec was a cocky, smart ass character and I just loved him. Jensen was damn adorable as Alec and imbued him with depth beyond the cocky attitude. I had started watching the show because of another one of my fellas (William Gregory Lee) and Jensen soon drew me in with his wit and sass.

I was ready for something new. Hercules had bowed out and Xena was ending her run. My weekly dose of fantasy was nearing its end and I would need something new to take its place. Dark Angel seemed poised to take me on another fantastical journey but this time in a dark futuristic world and I was ready for it. Greg appeared in a handful of first season episodes, helping to ease me into this new world. When the second season rolled around, Jensen was there to pick up the handsome fella slack and I was set. (One of my favorite episodes was the one where Greg’s character Zack reappears and he shares some screentime with Jensen’s Alec. The fangirl in me was in hyperdrive, I tell ya!)

Alas, Dark Angel only lasted for two seasons. I liked Jensen enough to create what ended up being my last fansite to a fella but I didn’t keep up with Jensen’s career path too much. I skipped his turn on Dawson’s Creek and only saw a few episodes of him on Smallville (regret that one for sure)! I even thought I might have exchange a few myspace messages with him but I’m sure that’s just wishful thinking. (Long story that even I can’t quite remember correctly.)

When Supernatural hit the air, I was curious and of course had to watch it. I loved that first season. Jensen had matured into a more manly presence, his cockiness as Dean Winchester a bit edgier than Alec. Just perfect. And the show ended up being a big hit. I only got through a couple of seasons, however, and still have yet to catch up. And I’m sure when I catch up, I’ll remember exactly why I adored Jensen so much to have him in the number one spot for so very long.

So how does Jensen fare with the five points of criteria?

TALENT
Jensen Ackles has talent in spades. Okay, I haven’t watched all of Supernatural but his work has certainly shown range. I will harken back to Dark Angel, however, for the moment that I knew he would be special to me. It was the episode “The Berrisford Agenda.” Alec had been the usual smartass and cocky manchild most of the previous episodes but in this one we saw more depth. We saw Alec in love and we saw him in pain for the love that he lost. The regret and the sorrow were so real and in this episode we realize that he’s more than just a young man out to get his. He knew what it was like to feel and then to lose. And near the episode’s end, I remember tears falling.

Oh, and he sings! Well, I’ve only really heard him sing in some YouTube videos and then the one song “Crazy Love” with Jason Manns. But how much to do I love that song because of him? LOTS.

EDUCATION
According to stuff I’ve read, he was going to study sports medicine but decided to give acting a try. Can’t fault him for the choosing as he did since if he hadn’t we might have never gotten to witness his loveliness.

KINDNESS
I don’t think I’ve ever heard anything bad about Jensen and in the few interviews and such that I’ve read and watched, he seems like a nice guy. He and his wife seem like fun people and they live their lives as normal people. I love the un-Hollywood aspect of him.

SPORTS
He played baseball in high school (yah!), so I think that covers him on the sports front.

LOOKS
Jensen cuts a nice figure whether casual or suited up. He has a sweet smile and mischievous eyes (hazel or green?) and his voice has a lovely huskiness. But I think what really got me was the way he played his characters. When allowed to show more depth, I was hooked. I hardly remembered his first stint on Dark Angel but when he sauntered in that second season, I couldn’t help but notice.

One of the ways I really know that a fella has gotten under my skin is when I begin to write a story with him playing the main male character. Jensen has played a couple of my main fellas in stories. He was definitely one of my National Novel Writing Month guys. If a man can play a character in one of my stories, then I know he’s shown me enough to seep into my imagination.

Although Jensen is no longer the current number one on my list, I still absolutely adore him. It took a lot for him to slide down from the top spot but it doesn’t mean I don’t think he’s talented and handsome and wonderful. He’s definitely still and always will be Listworthy… 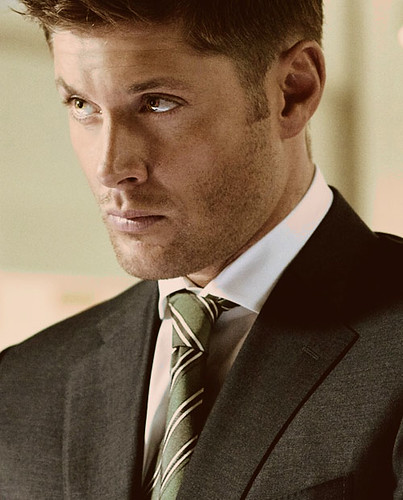