a lure to devastation 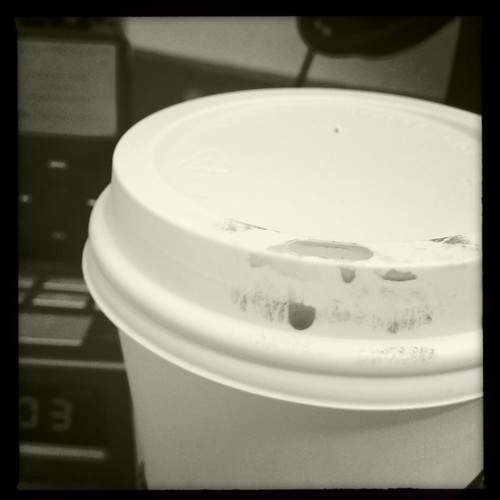 the first mocha kiss of the morning

I’ve gotten my cafe mocha every day this week because I’ve been lucky enough to use the car. Yah! Well, not so much because husband has been under the weather.

Having a mocha everyday has made me quite peppy, I think. Or maybe I’m just determined to be in a good mood whenever possible, even when people are being total buttwipes.

WTF, Baseball Hall of Fame voters?! The following is merely my opinion and I’ll not be swayed… You Baseball Hall of Fame voters are a bunch of pansy HYPOCRITES. I admit, I have no love for the latest batch of eligible players for the Hall of Fame but my personal feelings have absolutely nothing to do with their accomplishments on the field. I will ALWAYS say that Barry Bonds brought no joy to his play only a horrid sense of entitlement but that does not negate the fact that he was a force at the plate. All the so-called “cheaters” were probably justifiably called so but voters of the Hall of Fame, you made MONEY from their exploits. Hell, you all probably made careers out of their stories. So now, when they should be inducted– based on their accomplishments– you’re going to hold them to some sense of morality? SCREW YOU. You are all culpable for those juicy years. You raised up those players for their numbers and their strength. You probably even knew about all the “cheating.” But that wasn’t the story anyone wanted so you all pretended to know nothing and you wrote about their accomplishments on the field. You are all wrong for pretending to be standing on some moral ground. You are HYPOCRITES.

Why are rugby jerseys to expensive?! And why am I even looking at them? LOL (I was glancing at the jersey for the Crusaders…)

Oh, I ordered a book from Amazon because it’s written by a local author and I had him sign it today! He’s one of the administrators at the high school, so neat-oh! I need to read the book now. Maybe this weekend. Yes, that’s what I should do.

During lunch today, I decided to watch an ep of Coupling on Netflix and oh my goodness, what a mistake! WTF Netflix?! They edited the episode down and pretty much took out the good stuff! So lovelies, if you’re going to watch Coupling (and you should, it’s freakin’ hilarious), do yourself a favor and pick up the DVDs or watch it on Amazon Prime. It’s not worth watching on Netflix unless you want to be infuriated by what’s missing (if you’ve watched the eps as much as I have, you’ll know exactly what’s missing). I means seriously, cutting out the explanation Jeff and Steve give Patrick regarding the Melty Man? SO WRONG… But on the good side regarding Netflix, they’re going to have Chuck in their rotation! I miss that show and look forward to having mini-marathons of it in the future!