for a bit of light 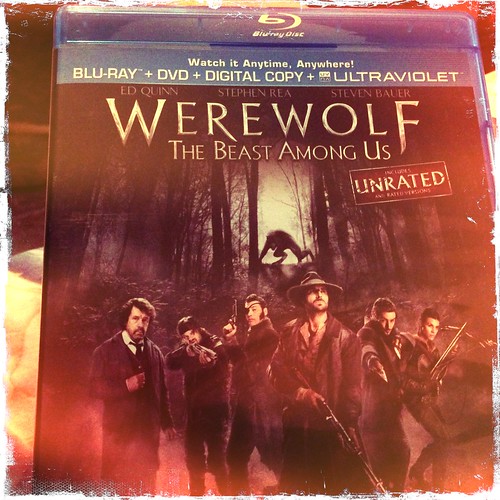 So we FINALLY watched Werewolf: The Beast Among Us! Decent flick (I have absolutely seen worse by my other fellas), nicely produced. Will I watch it again? Well yes, mostly because of Mr. Ed Quinn. 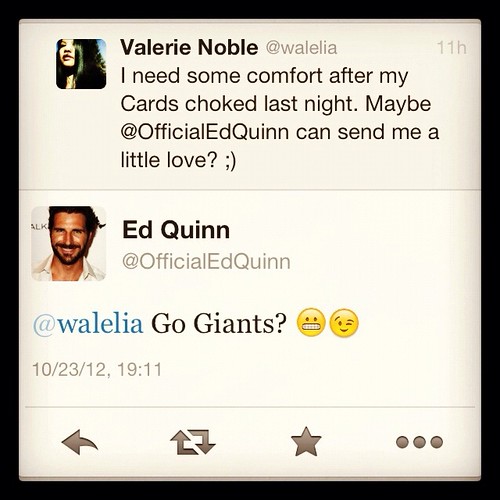 Earlier in the day, I was feeling cheeky and posted to twitter. Later in the day, he obliged my request for a little love with a reply. I guess I’ll take it. LOL Look, I’m just happy he replied. Oh, and while we were watching his movie!

And oh, I forgot to mention that on Monday he replied to a question of mine! I asked him if he was a Giants fan (and I told him I’m an A’s/Cards fan) and he replied that his #1 are the A’s and his #2 are the Giants. NEAT!

On the TV front, a few new shows we’ve watched are getting full seasons, including Arrow, Elementary, Revolution (I think?), Vegas. So many shows already! I don’t know why but Arrow has really hooked me! Maybe because the main fella is freakin’ hot with the bow and arrow? Yeah, that’s it.

The World Series starts tonight. I’m probably not going to sit down and watch it though I do wish Barry Zito well. I just wonder how he’ll do against Justin Verlander. Should be an interesting match-up.