It’s Friday and I’m at home. Glorious! I should work on my story while I wait for the UPS truck to stop at my house but lo, I need to blog first. So there you go. I might babble. I should probably employ the cut here.

I keep changing my phone’s wallpaper and lock screen. Currently, they are: 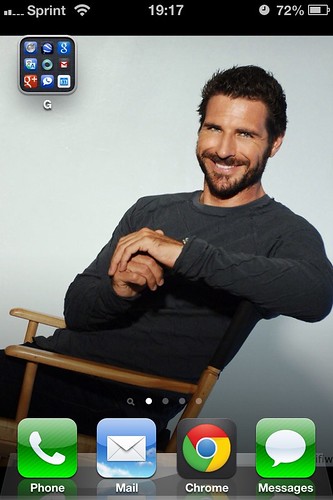 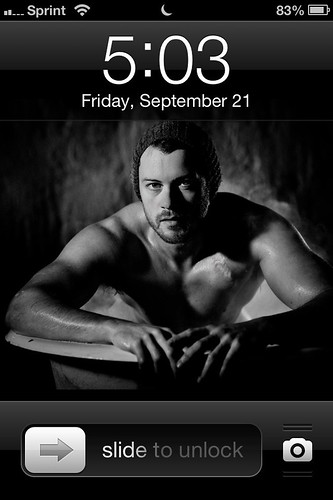 Ed and Dan, respectively. I love all of Dan’s shots for the “In the Tub” series that TJ Scott is doing. BEAUTIFUL! And can you believe that fully clothed Ed usurped shirtless Joe Manganiello as my phone’s home screen? I can’t believe it either! Evidence that I’m a little far gone? I think so too.

And why am I waiting for the UPS truck? Well, *someone* (not me, alas) pre-ordered a certain something and it’s to be delivered today. It’s out for delivery, according to UPS tracking. So later today I’ll likely be going through serious tech envy. TECH ENVY.

Oh, Tinker, Tailor, Soldier, Spy is in the rotation on the movie channels! (I think Cinemax?) I caught the last half of it this morning. Of course, I had to watch it even though I had already forgotten some of it. I just wanted to see Tom Hardy with that groovy hair. 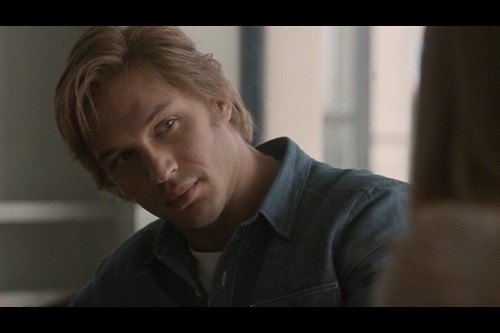 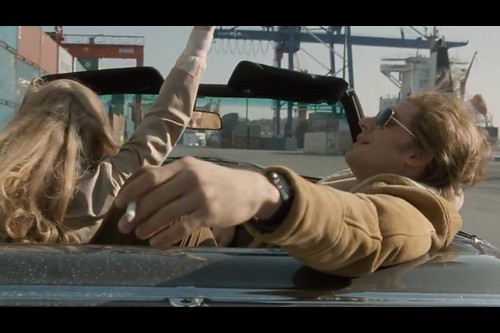 I need to watch that movie all the way through again. I know that in my first viewing a lot of it went a bit over my head. I missed a lot of the subtle stuff.

Right now I’m listening to The Script’s latest CD. Even without paying attention to the lyrics (at the moment), I think I’m going to like it.

The music is moving me and that’s important, isn’t it?

I have no rugby to watch this weekend. What should I watch tomorrow morning? I suppose I could try college football. Too bad I didn’t go to a college that has a football team. LOL Oh, and there’s baseball. Even though I don’t mention it very much, I am so proud of the A’s and the way they’re playing this season. They’ve really surprised a lot of people, including me. And even though every time I watch them I discover a player I didn’t know before, I still totally adore them. Green and gold forever!

I might write more later. We’ll see. Until then, have a great Friday!