hiding my heart behind this

Well, football season has begun. I’m not sure if I rejoice in its start or just shrug my shoulders. I like football but it’s a distant third to baseball and rugby for me. Still, it’s a nice way to occupy time, eh? 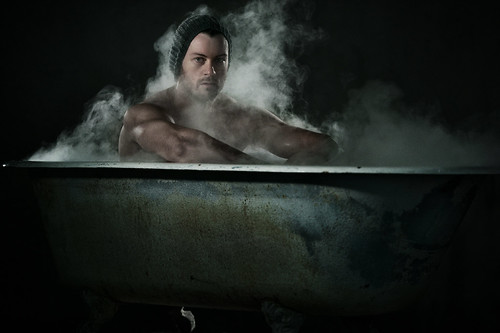 DAN FEUERRIEGEL, who plays ‘Agron’ on the tv series ‘SPARTACUS’ did an ‘IN THE TUB’ Coffee Table Book shoot (Profits to Breast Cancer Research)

I’d post the steamier pic but I’ll let you all check out TJ Scott’s flickr for that one and others. I just had to share the above one because it’s just BEAUTIFUL and Dan F. is a sweetheart beyond most.

I’ve been following him on Twitter for many months now (mostly because he’s on Spartacus) and he captured my fancy early on by actually replying to one of my tweets to him. And you all know who much I love when the fellas do that. LOL! So click the link for TJ Scott’s flickr and check out Dan’s steamier shot. You will not regret it, I promise!