beckons for his touch

I woke up one morning this week with that poem above in my head. I had to keep repeating it to myself because I didn’t want to forget it. I’m glad I didn’t forget it.

I’ve been feeling like utter CRAP all week (as I’ve touched upon) but Friday was actually a decent day after I ate lunch. Then today I just slept and slept and felt feverish and achy AGAIN. When will this stop?! At least my stomach stopped being a total bitch and I can eat again. Though I’m going to pretend that my stomach got smaller and I should eat smaller portions. It can only be good, right? (Example, I could only eat half my sandwich at dinner when any other time I would have inhaled the whole thing in the same amount of time it took for me to eat one half.) 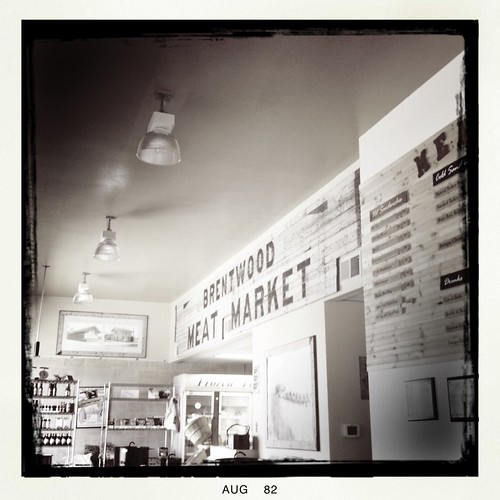 The other day, Colin Ferguson (he of Eureka) announced on his twitter that Ed Quinn was on twitter. Of course, I just had to follow the man! I loved him on Eureka and was sad when he wasn’t on anymore (though it was good for the storyline, imho). Anyhoo, as I am wont to do, I just had to say something about it on twitter. And because he’s new (or sweet?), Ed Quinn actually replied! 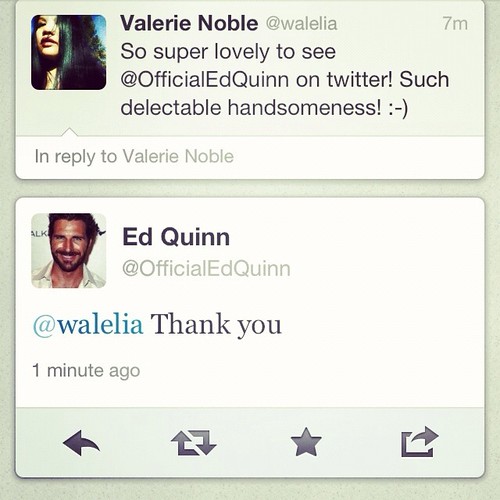 Yes, I get all excited about the simple things. And how simple is a reply on twitter? It’s a fleeting thing but for the person who gets the reply, it’s a little thrill. Well, for me anyway. Because I’m easy about such things. LOL And perhaps I like the thought of Ed Quinn saying my name (he has a LOVELY voice).

The next day was yesterday and as I try to do every Friday, I do my Follow Friday and it’s usually my fellas. All of them but ONE has replied to me at some point in the past (I don’t think I’ve said anything eye catching to Joe Manganiello yet). Anyhoo, didn’t expect another reply but… 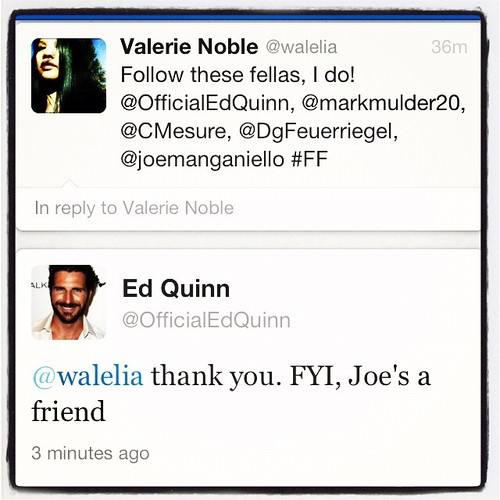 I don’t know why but it made me giggle to read that “Joe’s a friend.”

What’s funny is that I read that just before lunch and afterwards I was feeling better. See, the little things!

And the good things for today, in spite of the feeling like crap? Well, the All Blacks blanked the Wallabies, South Africa and Argentina ended in a tie (there are ties in rugby?!), and the California LLWS team tied the game in the bottom of the sixth! Gotta go watch that now!