I know this could be

Let me just say that NBC SUCKS IT HARD! I just read a set list of the Closing Ceremonies and they cut other stuff besides The Who. I guess I should have just watched the damn thing live because NBC can’t seem to get it through their heads that it’s not about them, it’s about the Olympics and showing us EVERYTHING about it. It’s so disrespectful to the artists and the fans and the athletes and the Olympics themselves that NBC cut so much out of their broadcast. 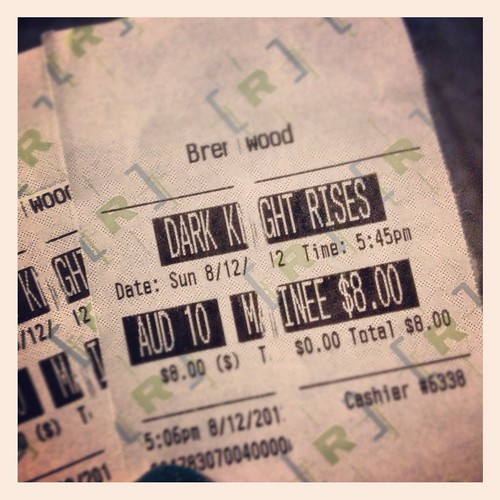 We FINALLY saw The Dark Knight Rises last night. It was a proper end to the trilogy. I almost cried a couple of times. Tom Hardy was fantastic. I just missed his lips and his voice. But how did he convey so much with his eyes, especially towards the end? Oh man!… Michael Caine almost made me cry those couple of times. Anne Hathaway was MAGNIFICENT. Joseph Gordon-Levitt was so good…