so hard to pity 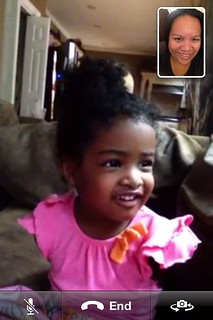 I love videochatting with my niece. She’s a hoot! And so smart and adorable. She makes me smile whenever I talk to her and it truly makes me happy that she likes talking to me. <3

I spent most of today reading romance novels on my Nexus 7. I'm burning through that Google Play credit that came with my tablet. It's great! I forgot how much I love to read. And short little romance novels are a great, like chocolate for the brain.

I dread tomorrow. Not just because it’s Sunday. But because we have to be dutiful to someone who is ungrateful and entitled and selfish. It should be so easy to pity this person but most of my sympathy is gone because of this person’s caustic nature and bitterness. I get it, life is hard but damn, is there not one thing in life that brightens the day? Just look around and find it!

And what are we doing tomorrow? We’re helping the MIL move the last of her stuff from her old house because it has been sold. Why, do you wonder, was the stuff not already moved since she has been in her new place for months now? I don’t have an answer to that question. I wish that I did. But since the FIL died, it seems as though the MIL has lost all concept of time and responsibility.

The MIL called R on Wednesday to ask him if he could help her on Sunday because she has to get the stuff out of the house by the end of the weekend. Did she ask him if he had plans? Well, he told her that he had plans. Does she care? I don’t think so. And why isn’t her daughter, the offspring who lives in the same city as her, not helping? Because she is a STUPID ASS BITCH aka SAB who is apparently allowed to act like a dutiful daughter only when it pleases her, when it’s convenient, and when it looks good to be so. There, I said it. It’s not like she’ll ever read this, right? And if she does, I’d also like to add a big F**K YOU, BITCH.

So yeah, tomorrow will not be a fun day for me. Think of me when you’re having that beer or laughing up at the sunshine…