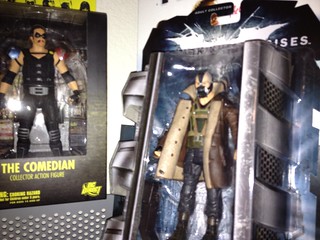 Yesterday I watched my rugby. Week 18 of Super Rugby has come and gone and next up is the qualifying match. My NZ team is the Crusaders and halfway through the season I chose as my SA team the Bulls. As it happens, my two teams are playing each other in the QF! WTH?! Well, at least I know one of them will make it to the semi-final? I never did chose an Australian team probably mostly because I don’t remember any of the Aussie national players. LOL! I’m cheering for the Crusaders to go all the way, of course! 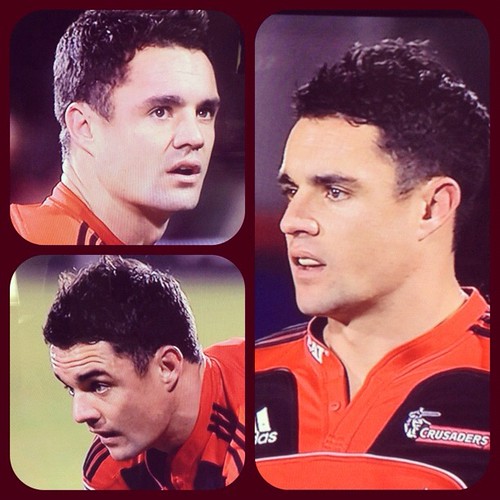 Daniel Carter, my favorite player, is #10 on the Crusaders

I’ve avoided my twitter feed most of the weekend so as not to be overcome by utter jealousy regarding all the Comic Con talk. This time of year is the hardest, especially since we were deprived of WonderCon this year. We did watch some Comic Con bits on the Xbox. Karl Urban was there for Dredd. I want to see that movie! And damn if I don’t still ADORE Karl Urban. While we were watching the Xbox interview, I thought to myself, “Hey, I’ve felt those lips on my skin.” Yes, I am always going to think that because how many people can say that?

I’ve had a headache since yesterday. Right now it’s more like a dull ache. I slept a lot today. Maybe that helped. I’m not sure. It’s so annoying though.

I have tomorrow off, my last Monday off until Labor Day. Oh, that’s a depressing thought.

It’s not all fun and laziness tomorrow though because I took the day off to accompany the husband to Sacramento. He’s a good son. He’s going to drive almost two hours to Sacramento on his day off from work so that he can do errands for his mother. We’re going to get an early start so that we can hopefully miss the traffic going home…

I’ll let you conjecture my feelings on this…